Stomach transplant is a surgical procedure of removing rotted organ tissues as much as possible while preserving the stomach and its functions. Stomach transplant rarely happens as it is considered a less crucial organ meaning a human can survive without its existence in the body. The stomach having incurable cancer can be removed but the body can still adapt as a part of its survival mechanism, the small creates a small pouch to store food mimicking the roles of the stomach.

Excessively large parts of stomach are either bypassed or removed during the customary weight loss surgeries or the whole stomach is often removed once the cancer is diagnosed. People suffering from Gastroparesis, also known delayed gastric emptiness, is which the stomach takes too much time to drain its contents. The role of stomach is to move the food components to the small intestine and the vagus nerve controls the entire transportation process of food from the stomach to the digestive tract. Gastroparesis is the result of damaged vagus nerve and malfunctioning of the stomach muscles and instestines, therefore, food either moves slowly or do not move through digestive tract. This is the most common reason for stomach transplant surgery.
The process rarely includes Chemoradiation techniques to reduce the uncontainable spreading of cancer. It is a combination of chemotherapy and radiation therapy to shrink the tumor or kill the leftover cancer cells after the surgery. Surgical transplant of stomach is not always available option for patients suffering stomach cancer issues as most of the cancer patients are diagnosed in the end-stage. The surgery also includes high postoperative complications and risk factors.

Stomach cancer generally begins in the mucus-producing cells that line the stomach. This type of cancer is called adenocarcinoma. It happens when the cells in the body begin to overgrow beyond their normal size. In such cases, the cells of the other parts of the body can also be infected by the cancerous cells of the stomach and spread throughout the body. Additionally, cancer in the area of the top part of the stomach meets the lower part of the swallowing tube is getting very common nowadays. This part is known as gastroesophageal junction.

Urgently, make an appointment with a nearby doctor or physical consultant after feeling any of these symptoms at an extensive level to ensure whether you have stomach cancer or not.

Stomach cancer develops slowly with the limited speed at which you wonâ€™t even bother for diagnosis. It tightens its grip over a long period of time before transforming into a deadly cancer, it all starts in the inner lining of the stomach (mucosa). Cancer in different parts of the stomach has dissimilar symptoms and can be easily confused with minor stomach problems. Even the treatment process is different with different location of cancer in the stomach.

A risk factor is something that increases the chances of cancer growth. An important part of stomach cancer treatment is relieving a personâ€™s symptoms and side effects. Almost half of the patients undertaking stomach surgery have a problem or complication and some of them can be life-threatening.

In recent years, the chances of failure have reduced to a minimum of 1 or 2 percent of people die after the surgical transplant of stomach cancer.

Have Any Project In Mind? 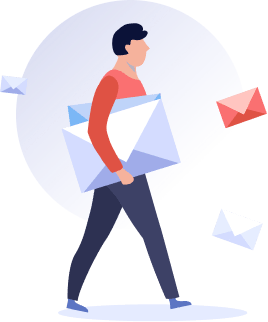